When led strip temperature gets higher, it has the temperature sensor to reduce the current to protect led strip light and ensure long life span.

The current through each LED is constant to keep same brightness from the beginning to the end of the led strip light, which can be 30meters.

2 chips in one led to keep color temperature adjustable from 2700K to 6500K, which can be instead of pure white and warm white led strip.

Founded in 2008, Ledodm is a highly professional manufacturer of LED lighting products specialized in the design, research, development and sales of indoor & outdoor lighting products. Focus on led strip light and led neon flex for more than 10 years. We concern every development in LED industry and pay attention to innovation....    More 

Quality control and test for all the raw material, semi-finished and finished products, 8 hours aging test. 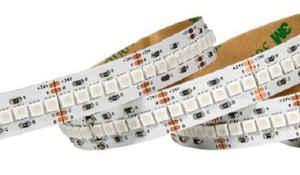 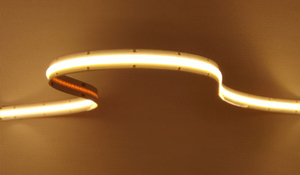 With R&D department's research and innovation, they developed COB flexible led strip light, which is very different from general SMD led light strip as below. 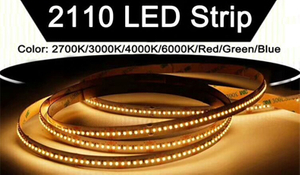 SMD 2110 is the newest led used in led strip lights, which is small size 2.1*1.0mm with high CRI 90. Max 700leds per meter can be on one row fpc, strong led frame and 3oz fpc ensure its quality. Uniform and soft color makes it popular than smd 2216 led light strips.